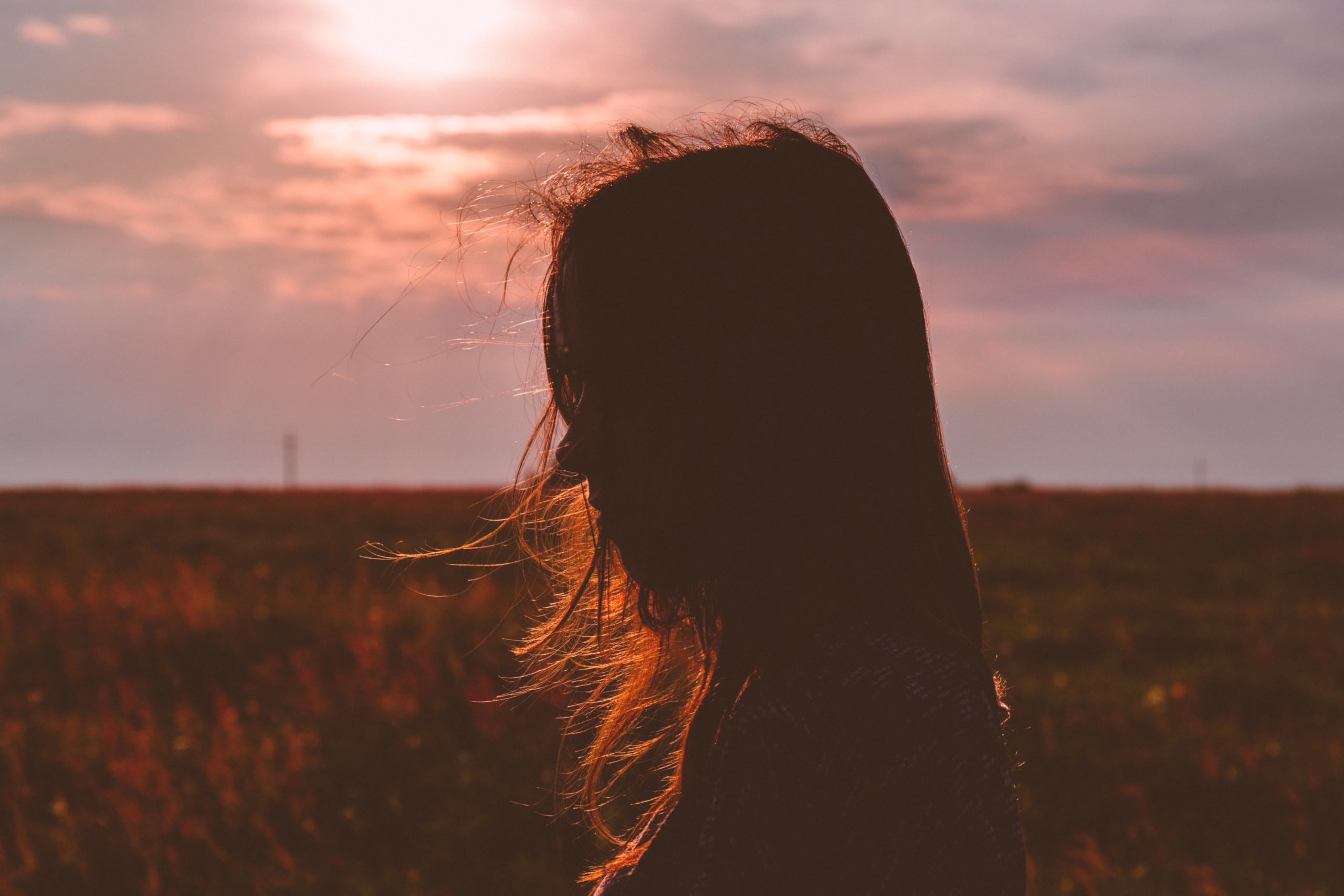 An empath is someone who is highly aware of the emotions of those around them, to the point of feeling those emotions themselves. Empaths really see the world differently than other people; they’re keenly aware of others and what they need emotionally.

Empaths can feel physical pain, too. They can often sense someone’s intentions or where they’re coming from. The empath has a unique and an amazing ability to tap into the strengths and weaknesses of another person. In other words, empaths seem to pick up on many of the experience of those around them.

How much empathy we feel is on a scale, and some people feel it more intensely than others. People very high up on the scale are known as empaths, and they take it to the next level.

So how do you know if you are one? Here are 12 signs that you could be an emapth.

1. You take on other peoples’ emotions as your own

This is the classic, number one trait of an empath. No matter what someone else near you is feeling, even if they think they aren’t showing it, you’re likely to pick up on it immediately. Even more, you may actually feel the emotion as if it were your own, essentially “absorbing” it or sponging it up.

How exactly this works is a subject of some debate. But we do know that people who have high levels of empathy also have very active mirror neurons — the part of the brain that reads emotional cues from other people and figures out what they might be thinking or feeling. In other words, if you’re an empath, it’s likely that you can pick up on tiny changes in expression, body language, or tone of voice that others miss — and immediately sense what the person is feeling.

Those same active mirror neurons, however, mean that you basically live through the feeling as if it were your own. That can be a powerful gift, but also exhausting and overwhelming at times. It tends to be a double edge sword.

2. The “vibe” of a room really matters to you

Perhaps unsurprisingly, empaths are extremely sensitive to the “feel” or atmosphere of their surroundings. When surrounded by peace and calm, they flourish, because they take on those qualities internally themselves. For the same reason, places of beauty can be transformative for empaths, whether it’s a quiet garden, a lovely bedroom, or the halls of a museum. Likewise, chaotic or depressing environments will quickly pull the energy out of an empath having them exhausted at the end.

3. You understand where people are coming from

After all, empaths can learn not to absorb emotions as much, and some empaths rarely “absorb” them at all. But all empaths are able to intuitively sense what someone is trying to express, even when they’re having a hard time getting it out. It’s a core trait of an emapth.

Empathy, after all, is fundamentally about understanding and connecting with others with their feelings. And that’s what it means to sense where people are coming from.

4. People always turn to you for advice

With such insight, empaths are frequently sought out by their friend for advice, support, and encouragement. It helps that empaths also tend to be good listeners, and will often patiently wait for someone to say what they need to say and then respond from the heart.

If this sounds like you, you probably know that it can be hard at times, too — people don’t always realize how much of your energy it takes for you to be the listener an advice-giver, and some people take it for granted. This is why some of the best councilors are empaths!

5. You can’t contain your love of pets, animals, or babies

Sure, everyone knows that babies are adorable little miracles, and dogs and cats are cute — but for you, those feelings seem to be much stronger. You may not be able to help yourself from gushing over someone’s lovely child, or immediately crouching down to show some love to a puppy. Some people might find your reaction “over the top,” but for you, how can anyone not react this way?

In many ways, this is one of the many perks of being an empath. All your feelings, including positive ones, are turned way up. So, what a better person than an empath to keep teaching us how to love?

6. Sometimes you experience sudden, overwhelming emotions when you’re in public

It’s not just in one-on-one conversation where you sense the emotions of others. It can happen at any time when there are other people around, and without warning.

If you’re an empath, it can be challenging to go into public spaces, because you may suddenly find yourself filled with an emotion that came out of “nowhere” — or, more accurately, from someone else in the area or from the residual energy of the place.

7. Tragic or violent events on TV or radio can completely incapacitate you

If you’re an empath, it doesn’t matter that a horrible event isn’t happening to you, you still feel it through your entire being. You may seem to “live through” the pain or loss of the event yourself, even if you’re thousands of miles away! Even crazier it could even be from a fictional event in a show. This reaction can be completely overwhelming at times.

Many empaths may not do well watching violence or human tragedy, even if it’s a movie that others find gripping.

When someone is sick or injured, you might even go so far as to feel their ailment as if it’s your own. This doesn’t just mean feeling sympathy or concern for them, but having actual physical sensations like pain, tightness, or soreness in the same areas of the body. It’s as if your empathic brain is not only mirroring what the other person must be experiencing but also projecting that experience physically into your own body. We call them sympathetic pains in the body.

And it can be uncomfortable — even debilitating. It’s probably not a “gift” that most empaths love to have. But it’s also at the root of why empaths are such exceptional caregivers. Without this ability, they wouldn’t be able to truly connect with someone who is in pain, or get them just what they need to feel more at ease.

It’s not surprising that empaths are drawn to roles like nurse, doctor, elder care provider, or healer. Emapths make the best ones! If you can feel everyone’s pain, it would be surprising not to want to do something about it.

9. You can become overwhelmed in intimate relationships

Relationships can be challenging for everyone. But imagine how much bigger those challenges are when you can sense every little mood, irritation or, yes, even lie from your partner. And positive emotions can also become overwhelming, as if the relationship may “engulf” you. Sound familiar?

But it’s more than that. Once you live together, the shared environment is also a hurdle. A cohabiting partner’s “energy” is always present for an empath, and can almost feel like an intrusion. Empaths view their homes as a sanctuary where they can get away from the constant demand on their emotional senses, and a partner changes that.

While some empaths choose to remain single for this reason, others learn to adapt, perhaps by having a room that’s their private space, or (extremely important) seeking a partner who respects their boundaries.

Sure, there probably have been times when someone successfully deceived you… but even then, you knew you were going against your gut instinct from the start. The thing about an empath’s ability to process even the tiniest social cues means that it’s almost impossible for someone to hide their true intentions. Even if you don’t know exactly what a person really wants, you know if they’re not being completely honest or if they seem shifty.

11. You have a calming effect on other people and the power to heal them

It’s true. Just as people seek out empaths for advice, they also just feel more at peace in an empath’s presence. In fact, people often unwittingly seek out their most empathic friends during difficult times.

This is something you can develop and use to actually heal people, in the sense of helping them work past serious emotional baggage and overcome unhealthy patterns. But you can’t do so if you hide your sensitivity and empathy, you have to embrace your gift if you really want to make a difference.

12. You cannot see someone in pain without wanting to help

And this is why empaths are such a valuable part of the amazing kaleidoscope of the human race. For an empath, people are the brightest things on their radar, and it’s impossible not to see, and respond to, the needs of others. That is exactly where an empath’s healing ability comes from, and it’s something we could use more of in our world. So, embrace it for the superpower it really is!

Phases or Stages of a Spiritual Awakening, Spiritual Ascension, or Expanded Consciousness

12 Signs That You’re an Empath

Signs and Symptoms of the Spiritual Awakening and Expanded Consciousness